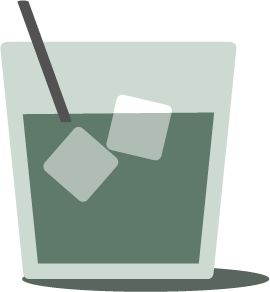 You’re sitting at long IKEA table in a studio apartment in Somerville, MA with your two bros, taking turns dipping a baguette into a container of chive cream cheese. Because that’s just how it works.”

This was the first time we’ve joined a challenge like this, so obviously we had to further increase the difficulty by forcing ourselves to build and publish it in Unity, which we only have a few tutorials’ worth of experience with. We broke up into 3 roles for the most part: Aaron on art, Sam building the C# game logic, and RJ tying everything together in Unity. We each learned a lot about our roles, and how different specializing like that was from our experiences building our other games.

We started out worried about how we would collaborate on the game, and in such a rapid-fire way that the time constraints demanded. We are all accustomed to Git and Github at work and for personal projects, but since Unity controls so much of the entire development experience, including the translation from what you see in the GUI to what gets stored in which files, Git doesn’t seem to be a great tool for it. Luckily, Unity comes with it’s own built-in collaboration tool that has its own push, pull, conflict resolution, and cloud storage solutions. We tried it out and, voila! It worked seamlessly, and allowed for us to hit a very high collaborative velocity.

There was an exciting learning curve to layout in Unity. We have experience with web design and layout in systems like React and Elm, but that experience didn’t exactly translate to Unity menu & page layout. We were learning Unity at max velocity, so we had to make some compromises: like not learning The Right Way ™ to do layout in Unity, and accepting madness like hardcoding 20px padding in ridiculous functions called MakeRoom(). C# isn’t to blame for that, nor is the Unity layout system, but sacrifices were necessary. I expect this to be far easier the next time around.

Art takes so much longer than you expect it to! We worked on the project for about 15 hours, and it’s crazy how few assets came out of that. The effort was worth it though; we came away with a new appreciation for how much of the value and experience of a game come from just a few sprites of game pieces. The designer’s role should encompass the entire feel of the game. With The Ferryman we had a lot of text, menus, and backgrounds which I didn’t think needed “design,” but very clearly did. Spending time thinking about layout and backgrounds is a low-cost/high-reward practice for beginner game design.

Choosing a color pallet and letting Sam and RJ get at it just wasn’t enough to give the in-game Bar the feeling that we wanted. Next time around, I think the design role will be a more holistic job, focused on putting less effort into more aspects of the game, instead of lots of effort into a handful of assets.

This part was awesome for us. Historically, we have had very soft deadlines, if any at all. The deadline was non-negotiable and it was short; we knew exactly how much effort we would be able to put in before losing our sanity. We prioritized ruthlessly, cutting out many “fun”, but inessential features. We went through many rounds of scaling down the scope and at the end of Saturday morning, we had a plan for the minimal features that we could still consider a “game.” The constraint of the jam was a huge benefit. We had to think thin, we set ourselves up for success, and produced something usable.

Of course this didn’t lead to the world’s most exciting game, but that wasn’t our goal. We wanted to challenge ourselves to learn Unity, plan well, and execute. That has been a problem in the past for us, and this was the best opportunity we’ve had to really test out our self-control. To put our plan in perspective, we worked for 13 hours straight Saturday, got up and did a sanity gym session and got back to work with just enough sanity to be in public.

Sunday afternoon, wrapping up the game, trying to build a WebGL version to publish on the website and we realized we didn’t read the rules very closely… An additional rule farther down the page said, “no text”. We locked eyes (3-way eye lock) with a look that Sam described as,

Despite how disqualifying our mistake was, we were on a mission to challenge ourselves, and we absolutely crushed it. We loved the jam; We pushed ourselves to the limit of our sanity and physical well being, learned an unearthly amount for a single weekend, and had a blast. To everyone out there that is thinking about making games: I was scared to do a game jam. We would go to events and everyone would suggest doing a jam, constantly telling us how good it would be for our personal development. They were right; necessity and constraint forced us to focus and learn with the gusto of boys half our age. We certainly didn’t need to wait as long as we did. The great part is that signing up takes like 2 minutes, so if you can overcome your fear for that long, you’ll be able to do it!